Hydrogen cyanide (HCN) is a highly toxic chemical compound. It can be found in liquid form below 78°F (25.6°C) or as a colorless gas above 78°F (25.6°C). HCN is used in many processes, such as fumigating, electroplating, mining, chemical synthesizing, and producing synthetic fibers, plastics, dyes, and pesticides. Hydrogen cyanide may be released during reactions between cyanide and acid or during a nitrile fire or combustion. Hydrogen cyanide is extremely flammable and most often detected in its toxic form with an HCN gas detector. 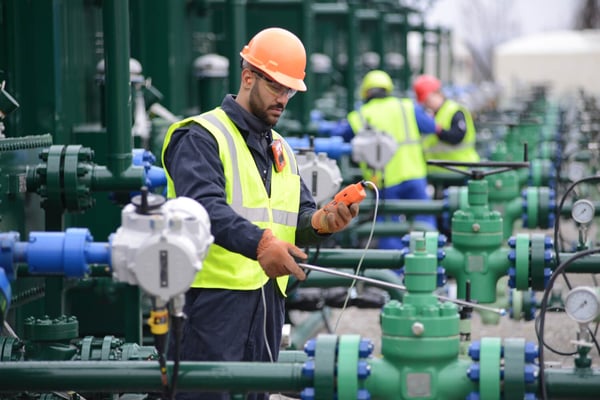 Hydrogen cyanide is a colorless to pale blue liquid or gas. It has a distinct odor resembling bitter almonds. Hydrogen cyanide is particularly dangerous because of its toxic/asphyxiating effects on all life that requires oxygen to survive. HCN combines with the enzymes in tissue associated with cellular oxidation, rendering oxygen unavailable to the tissues and causing death by asphyxia. This suspension only lasts while the cyanide is present. Upon its removal, normal function is restored provided death has not occurred.

How to Detect Hydrogen Cyanide

The Dangers of HCN Exposure During Fire Overhaul

Ventis MX4 vs. Ventis Pro5: Which Multi-Gas Detector Is Right for You?