The Dangers of HCN Exposure During Fire Overhaul

When firefighters attack a structure fire, the hazards to life and health are obvious. The flames, the roiling smoke, and the extreme heat are clear reminders that carelessness can lead to tragic consequences. Once the fire is extinguished, however, the operation transitions to the more routine phase of salvage and overhaul. At this point, first responders can be lulled into a false sense of security because the most serious hazard is now largely invisible—toxic gasses in the environment.

Research has shown that these toxins linger at alarming levels well after the fire has been extinguished. But because most firefighters do not carry portable gas detectors, they’re probably unaware of the danger and may remove their SCBA mask and risk inhaling toxic fumes.

Fire smoke is a complex mix of toxins, and hydrogen cyanide (HCN) has emerged as one of the most common and dangerous. While carbon monoxide (CO) often gets the attention, HCN is commonly found alongside it, and together, they’re known as the “toxic twins.” Both are asphyxiants, meaning they interfere with the body’s ability to process oxygen. Individually they’re dangerous. Together, they’re even more deadly.

Historically, HCN was not a concern after a typical house fire. But as the use of synthetic materials began to replace natural materials in the construction industry, HCN has become more prevalent. When heated, these fibers and petroleum-based products emit HCN at levels unseen by earlier firefighters. 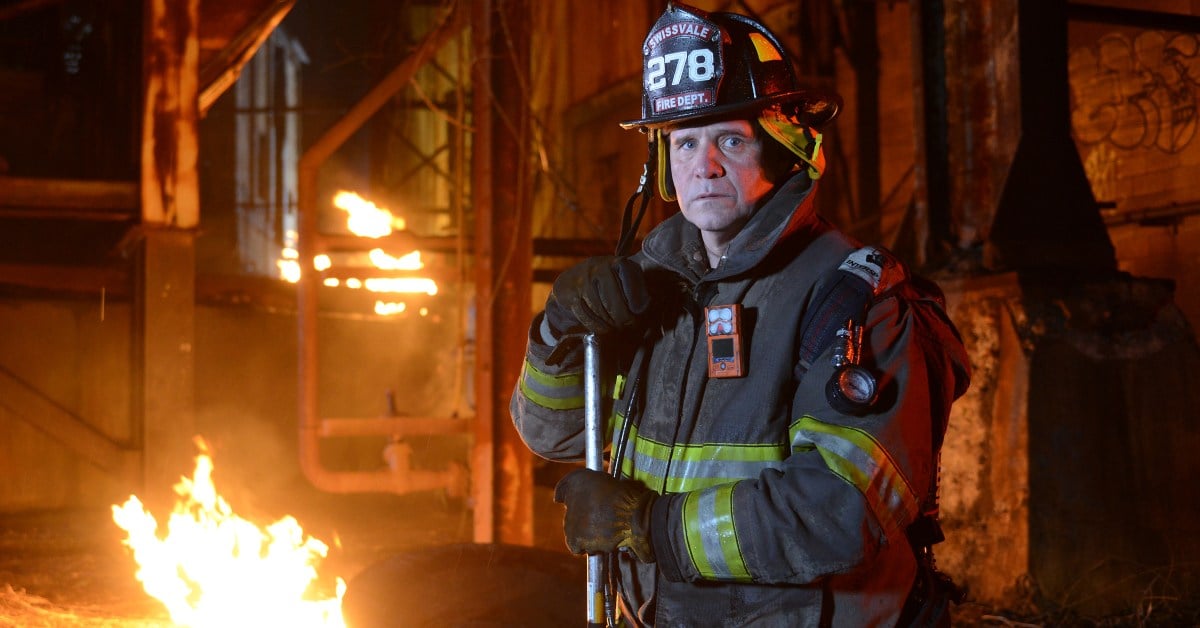 How Dangerous is HCN Gas Exposure?

The National Institute for Occupational Safety and Health (NIOSH) has determined that at 50 ppm, HCN can render someone unable to escape to safety, and thus is immediately dangerous to life and health (IDLH). But even at much lower levels, the long-term health effects are a concern. At only 4.7 ppm, exposure should be limited to fifteen minutes per day.

After a fire, it’s not unusual for firefighters to experience headaches, sore throat, and nausea. Unfortunately, few firefighters connect these symptoms to inhaling toxic gases. According to the Centers for Disease Control, early symptoms of cyanide poisoning include lightheadedness, rapid breathing, nausea, vomiting, feeling of neck constriction and suffocation, confusion, restlessness, and anxiety.1

While a single exposure to high concentrations of HCN is concerning, it’s the repeated exposures over a lifetime of firefighting that pose long-term harm to the human body. Each exposure damages cells, and the heart, brain, and nervous system are especially prone to degradation. This is why it’s important for firefighters to monitor gas concentrations during overhaul.

When is it Safe to Remove my SCBA?

Considering the dangers posed by HCN and other toxic gasses, how do you know when it is safe to remove an SCBA?

One solution is to train firefighters to always wear SCBAs during overhaul. The problem with this approach is obvious: SCBA gear is hot and restrictive. When safety practices become onerous, no matter how well-intentioned, people tend to ignore them.

A better solution is to don SCBA gear when atmospheric conditions require it. This means carrying a portable gas detector which will alarm when HCN or other gases rise to hazardous levels.

At Industrial Scientific, our portable gas detectors are engineered for this kind of application. The Ventis® Pro5 Multi-Gas Monitor is ideal for monitoring HCN and other gases during overhaul because its custom notifications make safety instructions clear and easy. For example, you can configure the monitor to display “Wear SCBA” when HCN or other gases reach dangerous levels. This removes any doubt about how you should respond. Using the Ventis Pro5 to monitor gas concentrations during overhaul also means you only need one meter to monitor up to five gases. In addition to carbon monoxide (CO) and hydrogen cyanide (HCN) sensors, fire departments typically use lower explosive limit (LEL), oxygen (O2), carbon monoxide (CO), and hydrogen sulfide (H2S) sensors. Industrial Scientific offers a wide selection of additional sensors, so you can choose the ones most relevant to the hazards your department will likely encounter.

The Dangers of Ammonia for Food and Beverage Businesses

What You Need to Know about Sensor Poisons and Inhibitors

After The Fire - Are you Protected From Deadly Gases?