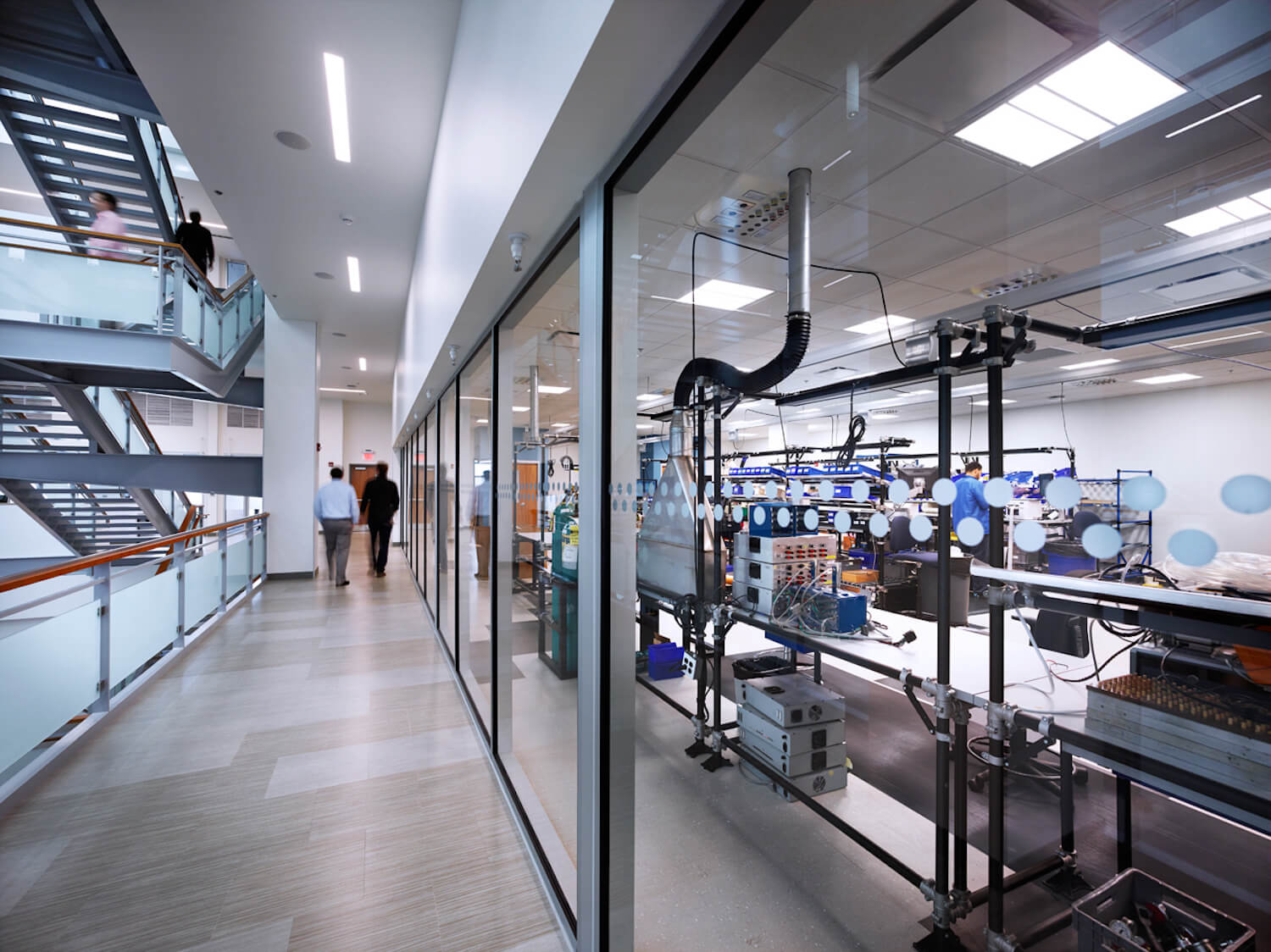 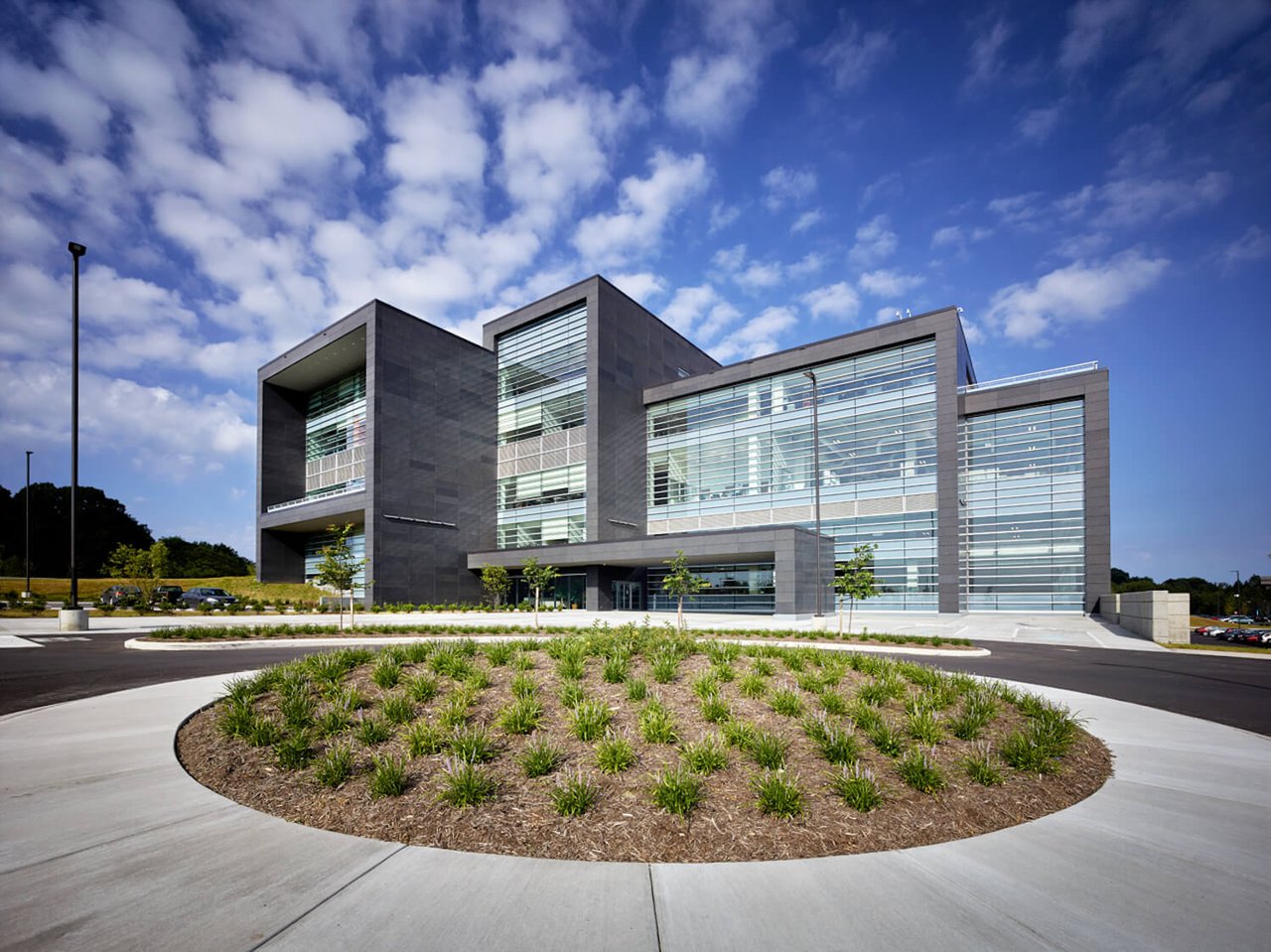 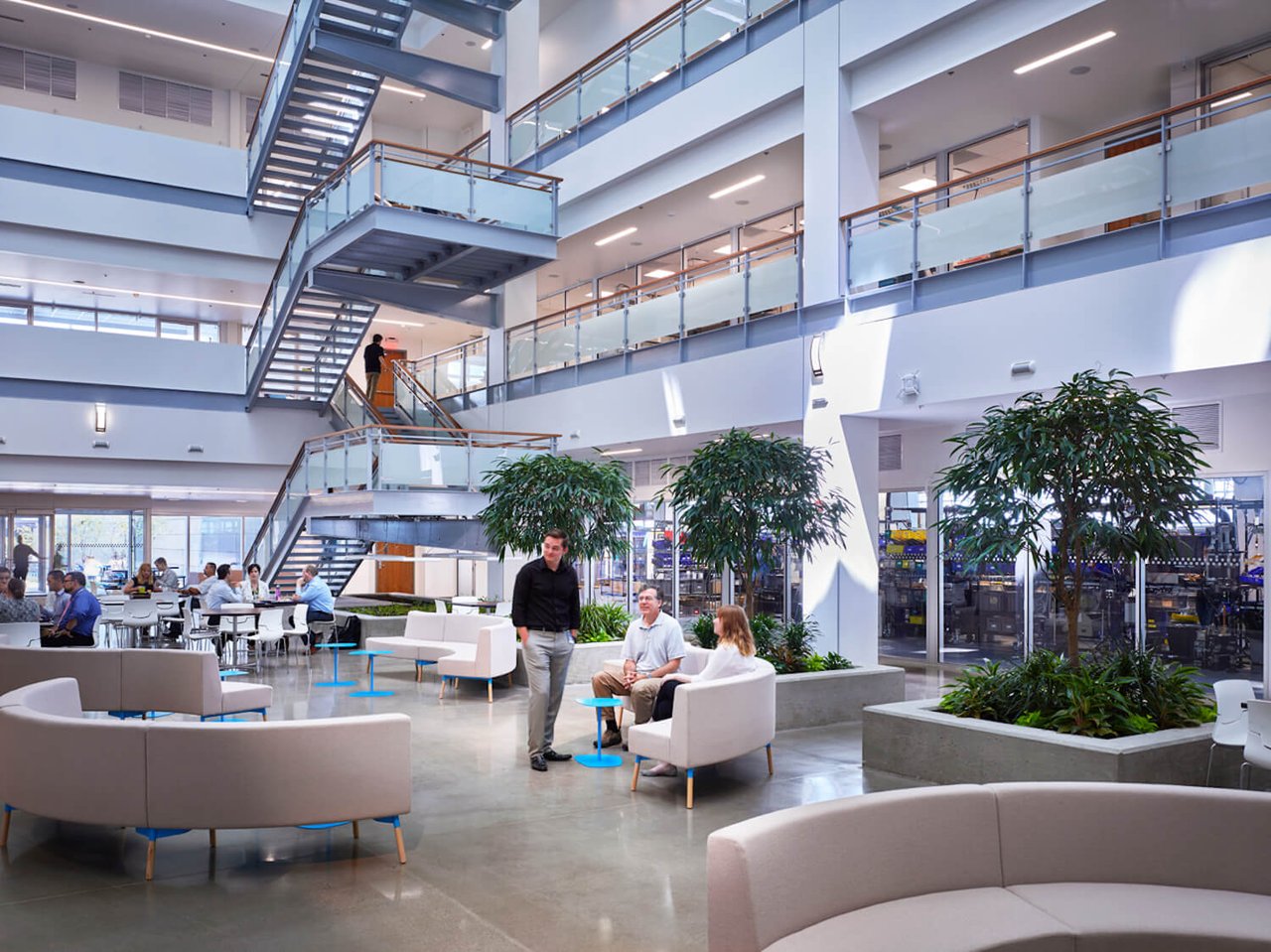 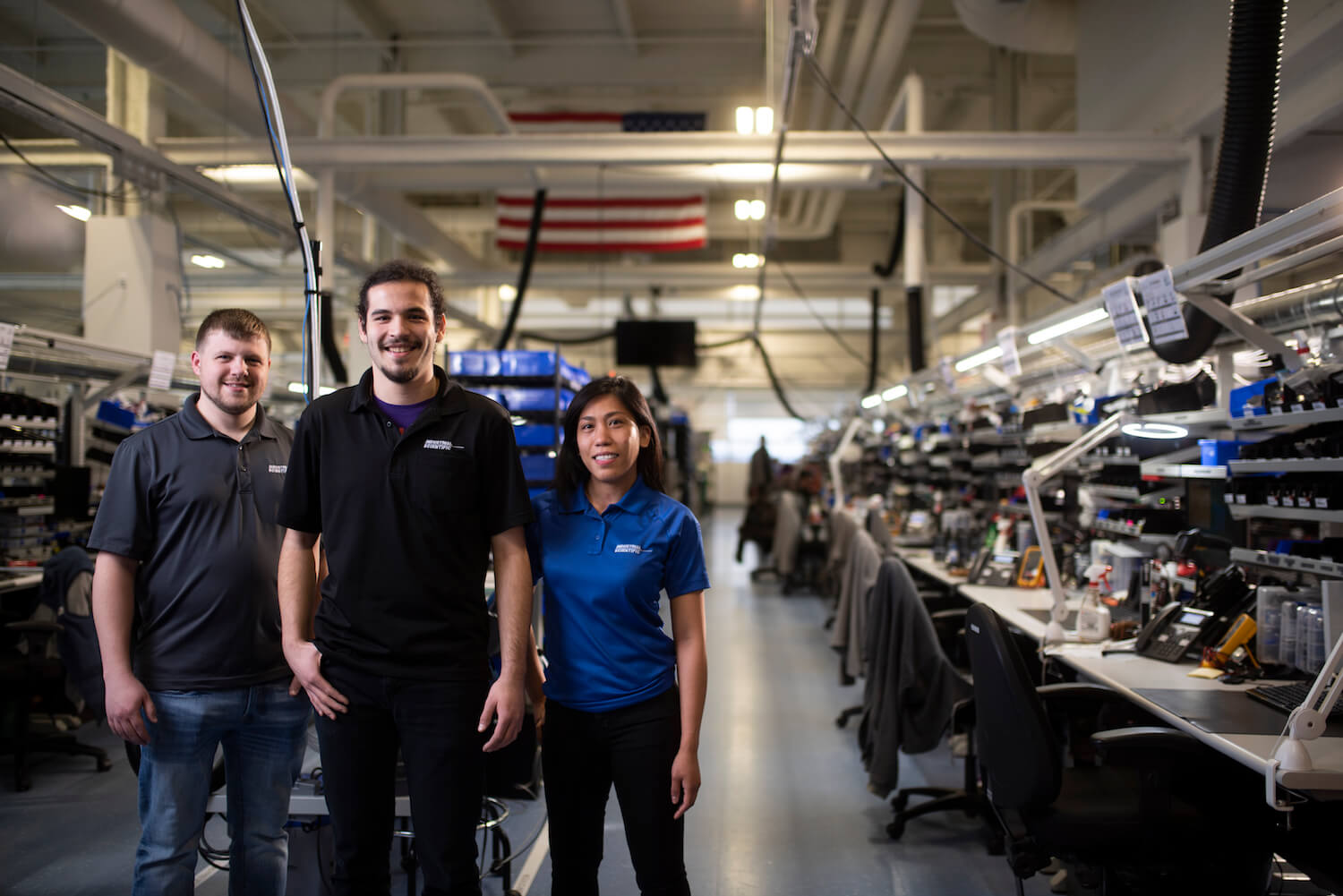 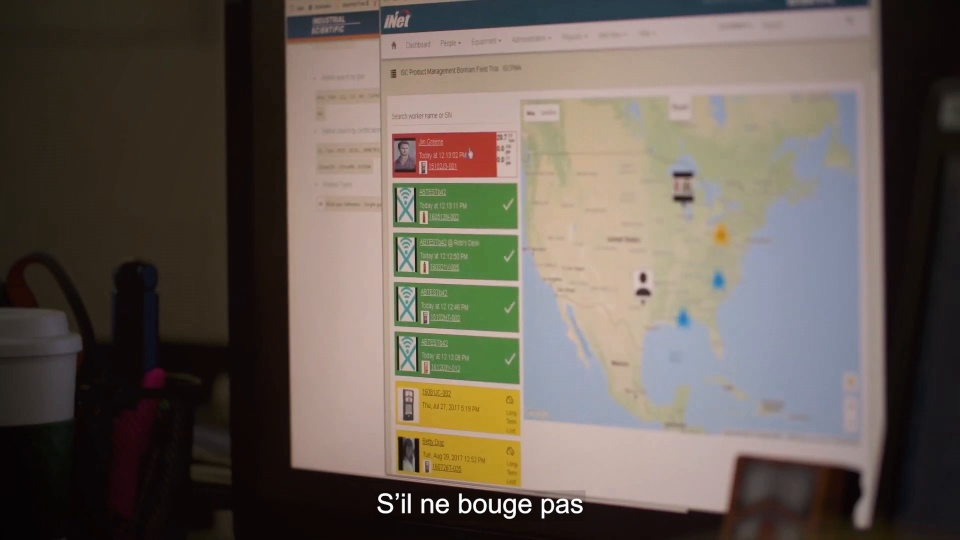 Parker Burke serves as president of Industrial Scientific. In this role, he is responsible for forming and executing the company’s strategy toward preserving human life and ending death on the job by 2050.

Previously, Parker was vice president and general manager at Anderson-Negele, a Fortive operating company based in Fultonville, New York, that provides hygienic instrumentation solutions and services for processors of food, beverage, and life sciences products. Before leading Anderson-Negele, Parker was with Gilbarco Veeder-Root, where he held leadership positions in marketing, product management, and operations.

Parker received his Bachelor of Science degree in systems engineering from the United States Naval Academy. Following graduation, he served as an officer in the U.S. Marine Corps for over six years. Parker also holds a Master of Business Administration degree from the Northwestern University Kellogg School of Management.

Amanda Birkhead is responsible for working cross functionally to tightly align the company’s go-to-market structure from market visibility and lead generation to sales, with the goal of delivering an outstanding global customer experience.

Amanda joined Industrial Scientific from Honeywell, where she demonstrated results in roles of increasing responsibility across marketing, commercial, and product. Most recently, she was the chief product officer for the buildings segment of Honeywell Connected Enterprise, where she led strategy, product management, pricing, and marketing for cloud-based, enterprise software offerings for building control, predictive maintenance/analytics, workplace experience, and business process improvement. Prior to that, she was the chief marketing officer for Honeywell Building Solutions, where she led marketing strategy and execution.

Throughout his career, Gavin has built high-functioning teams and successful businesses in the gas-detection and connected-technologies industries. Gavin most recently served as Blackline Safety’s European managing director. Prior to Blackline, Gavin was the European president of GfG, the European director for BW Technologies (now Honeywell), and sales director at Alphasense. Gavin holds a Bachelor of Science in Applied Chemistry.

Sean Harrington serves as vice president of global fulfillment for Industrial Scientific. In this role, he is responsible for driving global strategy for the company’s operations, supply chain, and quality systems.

Sean joined Industrial Scientific from Gems Sensors, a Fortive operating company based in Plainville, CT, where he was the vice president of marketing and business development. Prior to this role, Sean led a variety of functions, including operations, sales, marketing, and business development within several Fortive (Danaher) companies, including the Danaher Tool Group, Portescap, and Setra Systems. Before joining Fortive, Sean worked as a strategy consultant with PriceWaterhouseCoopers, Deloitte, and Ernst & Young.

Sean holds a Bachelor of Arts from Boston College and a Master of Business Administration from the University of Virginia Darden School of Business.

Himanshu most recently served as vice president and chief technology officer at Honeywell Building Solutions, where he led the development of full-stack, industrial Internet of Things (IoT) products and services to drive connected, predictive, healthy, and smart buildings and cities. Before this position, he held multiple roles at Honeywell focusing on foundational research and development, product development processes, and innovation across multiple technology and market domains. Before joining Honeywell, Himanshu was a principal research scientist at the Information Trust Institute at the University of Illinois, Urbana-Champaign. He also served as the co-principal investigator and principal scientist for the Trustworthy Cyber Infrastructure for Power Grid (TCIPG) center.

Himanshu holds a Bachelor of Engineering in electronics and communications engineering from the National Institute of Technology in India and a Master of Science and Ph.D. in computer engineering from the University of Maryland, College Park. Himanshu has published over 50 scientific articles and holds 10 patents.

Jim brings 30 years of experience in supply chain materials management and operations to Industrial Scientific. Most recently, as Vice President, FBS Lean at the Fortive Business System (FBS) office within Fortive, where he has led operations and supply chain transformations across the corporation. His work includes key projects, including recently for Fluke, where he has been a critical leader in their Assurance of Supply initiatives. Prior to the FBS office, Jim brings spent several years at Qualitrol (Fortive company) leading the Materials initiatives and ultimately as Senior Director, Operations.

He holds a Bachelor of Science from Bowling Green State University and a Master of Business Administration from the Simon School of Business at the University of Rochester.

Pronitha Shankarananda is responsible for leading the Industrial Scientific product management and applications engineering teams while developing and executing the business and product strategy at a global scale.

Pronitha joined Industrial Scientific from Fluke, where she spent 6 years in product management, product marketing, strategy and leading some of Fluke’s largest business units. In these roles, she delivered key wins for both the business and customers across devices, IOT, and software, resulting in a product strategy aimed at solving real customer problems and generating significant growth for the business. Before joining Fluke, Pronitha held roles in enterprise sales, software consulting, and engineering at a variety of companies around the world.

Justin McElhattan serves as Fortive vice president and group president, environmental health and safety (EHS), a position he has held since 2021. In this role, he is responsible for building Fortive’s presence as a leader in EHS and other critical sustainability solutions. Under his leadership, Fortive has extended its strategic EHS capabilities by acquiring Intelex, SAFER Systems, and ehsAI. Justin came to Fortive through the 2017 acquisition of Industrial Scientific, where he had served as CEO since 2010.

Justin's career at Industrial Scientific began in 1998, and he has since held various positions within the company, including field sales manager for North America, vice president of operations, and most recently, president and CEO.

Justin earned his Bachelor of Science in environmental resource management from Penn State University. He also holds an MBA from the Tepper School of Business at Carnegie Mellon University.

Rowland Cromwell serves as chief financial officer of Industrial Scientific and is responsible for leading worldwide financial planning, analysis, and accounting functions and operations. He also plays an integral role in developing the company's financial strategy with the rest of the leadership team.

Rowland has over 18 years of experience in corporate finance with Fortive and Danaher Corporation. He began his professional career with Tektronix and has since held progressive finance leadership positions, including senior finance director roles, corporate treasury roles, and corporate development functions. He holds a BA from Carleton College, an MS from the University of Wisconsin, and an MBA from the University of Washington.

Clay Hughes serves as general counsel for Industrial Scientific and Intelex Technologies and is responsible for all legal oversight and compliance activities.

Clay joined Industrial Scientific in September of 2018, bringing support for the commercialization of new software, technology, and healthcare products at the University of Pittsburgh Medical Center Enterprises. Clay also has worked in the Pittsburgh offices of Jones Day and Reed Smith.

Clay earned his Bachelor of Science in chemical engineering from Penn State University and his Juris Doctorate from the University of Pittsburgh School of Law. Clay is also a registered U.S. patent attorney. 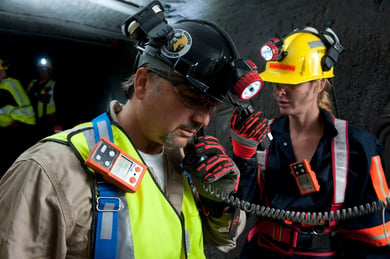